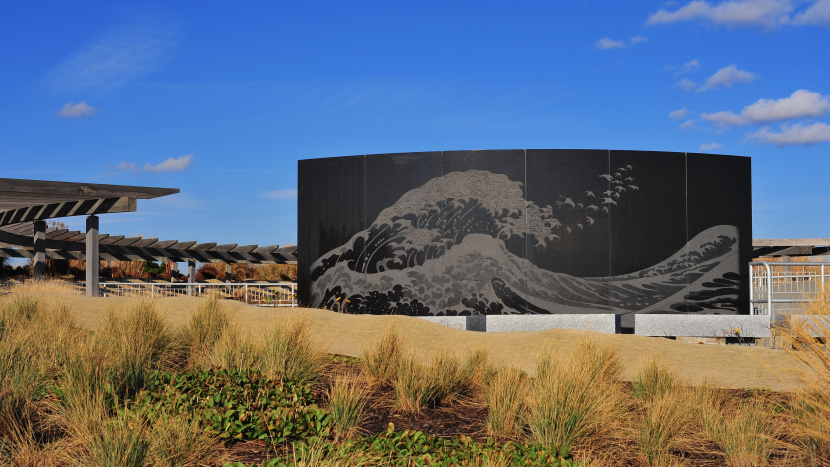 On July 17, back in 1996, just minutes after takeoff from John F. Kennedy International Airport, TWA Flight 800, bound for Paris, exploded off the coast of Long Island. The plane split in two and crashed into the ocean killing all 230 passengers and crew.

After an unprecedented four-year investigation, the National Transportation Safety Board concluded that the crash was caused by an explosion in the plane’s center fuel tank, most likely sparked by faulty wiring. Despite controversy in 2013, the NTSB stands by that ruling.

You can visit the TWA Flight 800 International Memorial and Gardens at Smith Point Park in Shirley, Long Island. It’s a place “For all those lost and those who must remember still.”

Made possible by the TWA Flight 800 Families Association, the memorial opened to the public on July 17th 2002. It was designed by the architectural firm, Busch Associates. They designed a place to help with the healing process on view of the Atlantic Ocean that served as the burial for the many lost lives of TWA Flight 800.

Are you in NYC or will be visiting? Join 5D Guide for in-season guided visits throughout Manhattan.