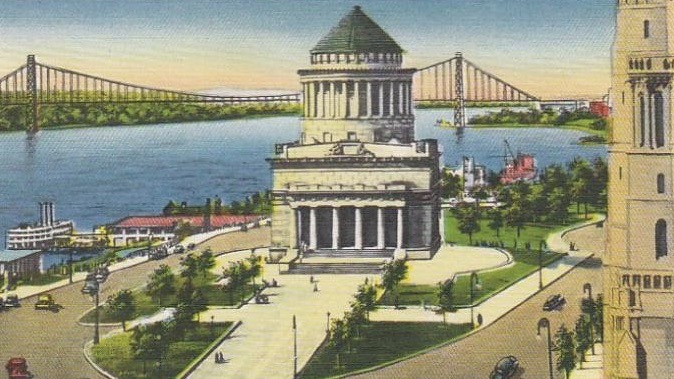 Ulysses S. Grant was born on April 27, 1822 in Ohio. He was an American military officer and politician who served as the 18th President of the United States from 1869 to 1877.
Grant died in 1885 and as he wished, was entombed in Manhattan. His body was placed in a temporary tomb in Riverside Park near 122nd and 123rd streets. The makeshift structure was designed by Jacob Wrey Mould, chief architect of New York City’s Department of Public Works.
Seven years later on April 27, 1892, the cornerstone was laid for Grant’s permanent resting-place near Riverside Drive and 122nd Street.
The monument was dedicated exactly five years later on April 27, 1897, on the 75th anniversary of Grant’s birth.
Grant is the only President of the United States to be entombed in NYC.
The tomb’s granite exterior is modeled after the Mausoleum of Halicarnassus; one of the seven wonders of the ancient world. There is also Persian architectural influence. The structure was designed by architect John H. Duncan.
Inside Grant’s tomb, the twin sarcophagi of Grant and his wife Julia are based on the sarcophagus of Napoleon Bonaparte at Les Invalides in Paris.

There was a time when visiting Grant’s Tomb was more popular than visiting the Statue of Liberty. You can organize for a visit by connecting to this site.

Connect to the defining moments of the modern experience centered in NYC with 5D Guide.