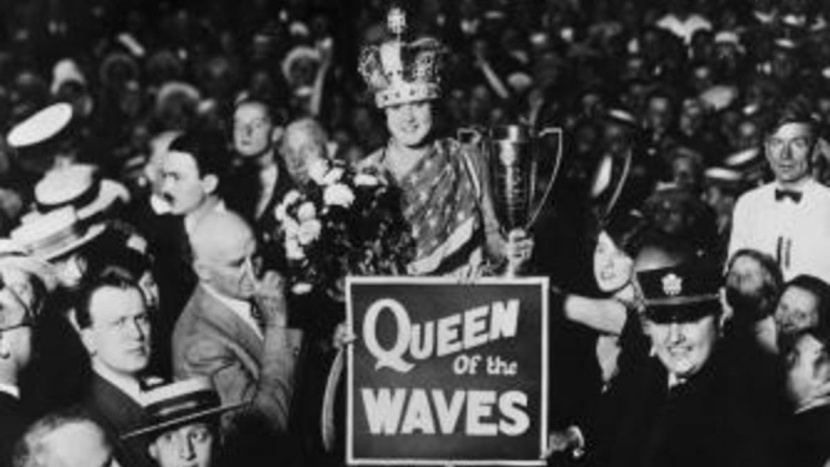 On August 6th, back in 1926, she became the 1st woman to swim the English Channel. It took her 14 hours and 34 minutes to complete the swim.

This was Ederle’s second attempt to swim the channel. Her first try on August 18, 1925, ended in disappointment after nine hours when her trainer, thinking the swimmer might be unconscious and drowning, ordered her pulled from the water into the accompanying boat. Ederle, who said she was just resting, was furious and determined not to let the same thing happen again. This time, she made everyone in the entourage on the escorting boat, including her father, promise not to touch her.

After she returned to NY on August 27, 1926, New Yorkers celebrated her accomplishment with a Ticker-Tape Parade in Lower Manhattan that drew a reported 2 million people.

Gertrude was born on October 23, 1905, in Manhattan. She was the third of six children and the daughter of German immigrants.A ccording to a biography of Ederle, America’s Girl, her father taught her to swim in Highlands, NJ, where the family owned a summer cottage.