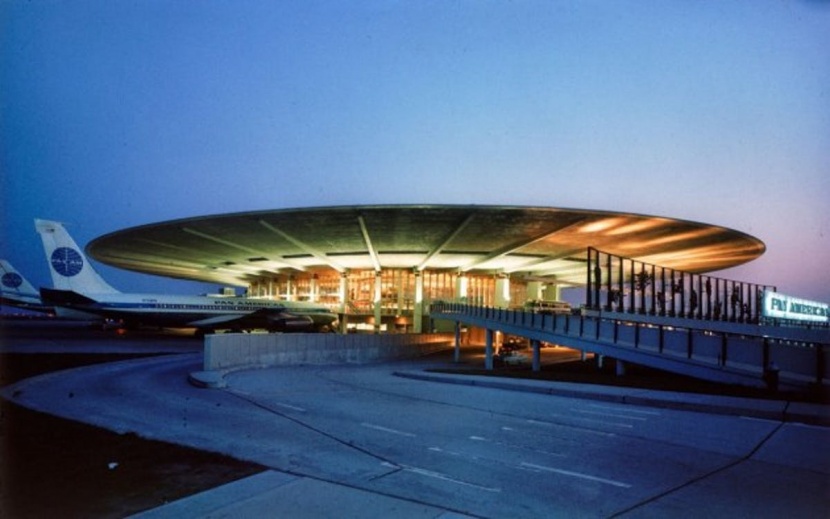 Prior to being renamed in honor of President John F. Kennedy in 1963, New York’s largest airport was called Idlewild Field.   Idlewild was officially dedicated on July 31, 1948 in a ceremony presided by President Harry S. Truman and other officials: The airport was officially named New York International Airport, Anderson Field. Anderson was a World War I veteran and Queens businessman. That name never stuck. According to a NY Times, “The name Idlewild is believed to have been inspired by the fact that the site at that time was wild and that a hotel and park in the area constituted a recreational facility for the idle rich.”   New York’s International Airport has always been a place that inspires strong emotions and excitement. The works of art on permanent display there are important vehicles aiding this purpose. Such is the case with “Outside Time” by artist Dimitar Lukanov: One particular example of great art now gone was Milton Hebald’s “Zodiac Screen,” a series of 12 sculptures depicting the signs of the zodiac decorating the iconic façade of the Pam Am Worldport (demolished in 2013):