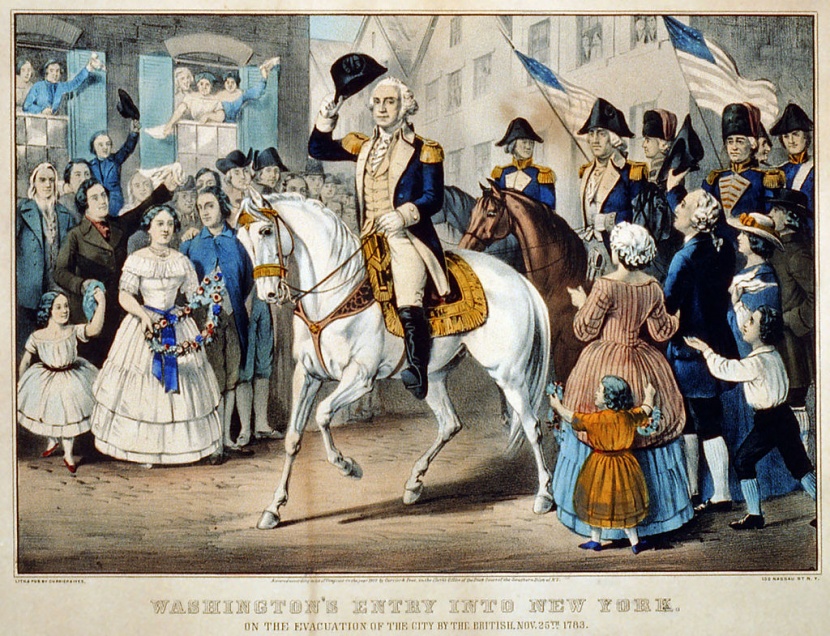 Today is Evacuation Day in NYC. On this date, back in 1783, the War of Revolution came to an end when the British evacuated New York. The war had officially ended in September, however New York was the last British military position in the U.S.

After the British evacuated, General George Washington triumphantly led the Continental Army from his former headquarters, north of the city, across the Harlem River south down Manhattan through the town to The Battery at the foot of Broadway in Lower Manhattan.

The last shot of the war was reportedly fired on this date when a British gunner fired a cannon at jeering crowds gathered on the shore of Staten Island, as the ship passed through a section called the Narrows at the mouth of New York Harbor where the Verrazano-Narrows Bridge is today. The shot fell well short of the shore.

Rumors of War in Times Square