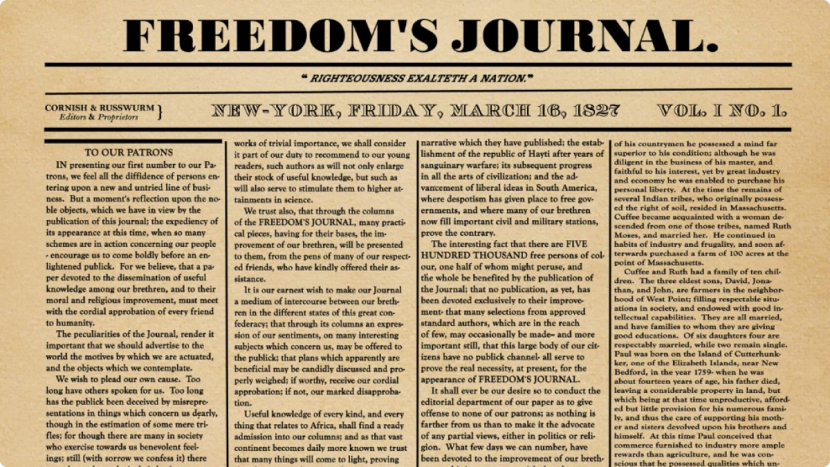 On this the 16th day of March, back in 1827, the first Black American newspaper, “Freedom’s Journal” began publishing in New York City.

“Freedom’s Journal” was the first African-American owned and operated newspaper published in the United States. It was founded by black men in New York City and was published weekly until 1829.

The publication was revolutionary because it opposed other New York newspapers that attacked African Americans and encouraged slavery.  Some publications degraded African Americans; other wrote articles that mocked blacks and supported slavery. The publishers Cornish and Russwurm argued in their first issue: “Too long have others spoken for us, too long has the public been deceived by misrepresentations….” They wanted the newspaper to strengthen the autonomy and common identity of African Americans in society. “We deem it expedient to establish a paper,” they remarked, “and bring into operation all the means with which our benevolent creator has endowed us, for the moral, religious, civil and literary improvement of our race….”

Slavery was abolished in New York on July 4, 1827. “Freedom’s Journal” helped expand the general consciousness that would see slavery finally abolished by 1863. 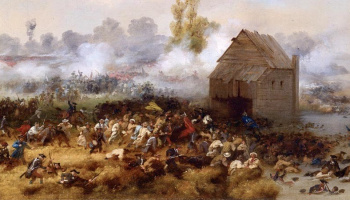 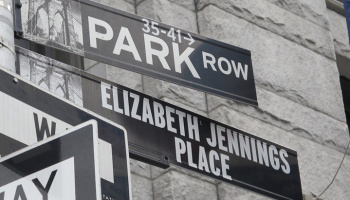