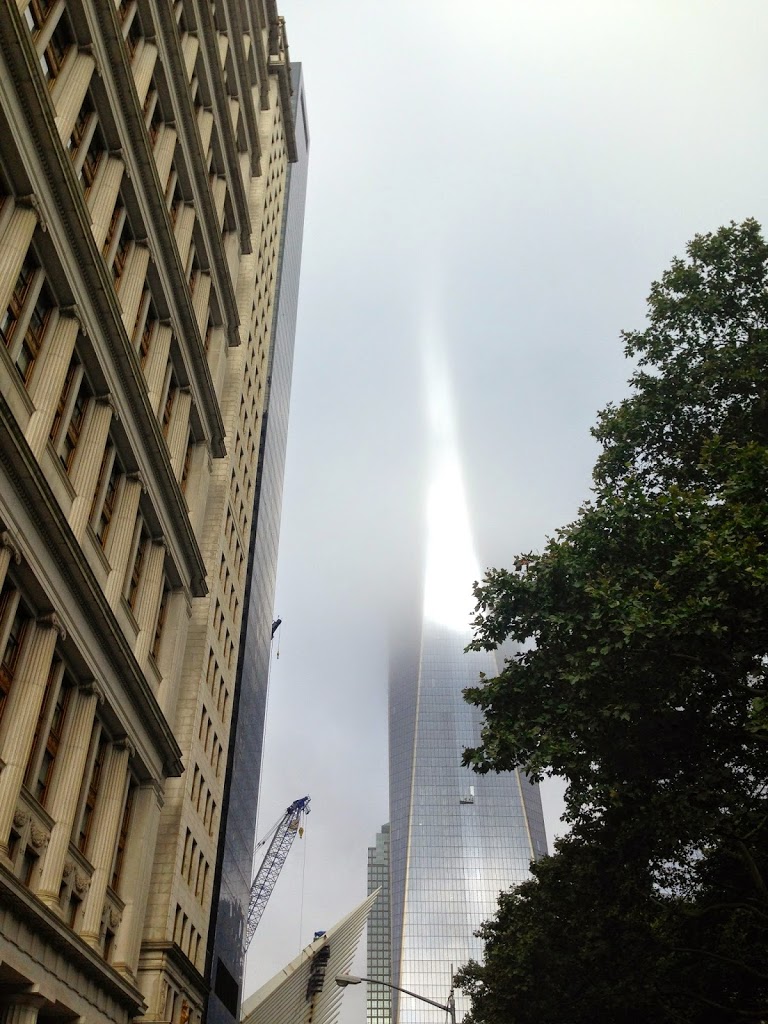 This morning half of One World Trade Center was covered in fog. The sun was out reflecting its light on the eastern elevation of the building. This glass elevation – like the other three – thins off to a point making for a stretched triangle. The water in the atmosphere made the light reflected on this side look liquid-like. As clouds passed in the sky the effect was the more spectacular. A façade of shimmering liquid light. It was entrancing.
Equally entrancing was the afternoon at the High Line Park. It’s beautiful nature was enhanced by the expressions of talented performers. These two had it going on for a number of people: