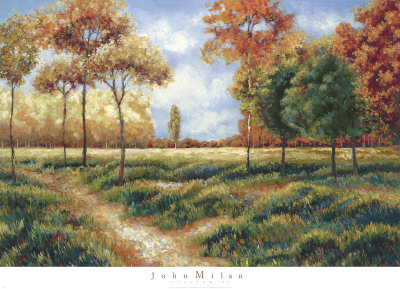 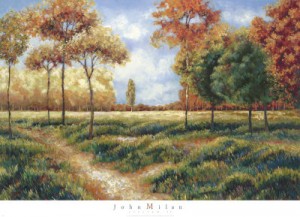 Elysium, according to Greek mythology, is the resting-place of the virtuous and heroic souls. We have several classical writers who referenced Elysium in their work. Virgil describes Elysium as a place that knows perpetual springs and shady groves, with its own sun and lit by its own stars.
Elysium was a pagan expression that passed into the usage of Christian writers as a synonym for “paradise.”
In Dante’s epic The Divine Comedy, limbo is described much to resemble the Elysian Fields. This is due in large part to Limbo being described as the resting place of virtuous pagans, and others, who lived before the time of Christ.
Buy This Poster